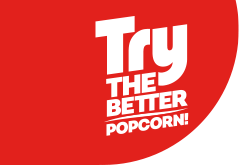 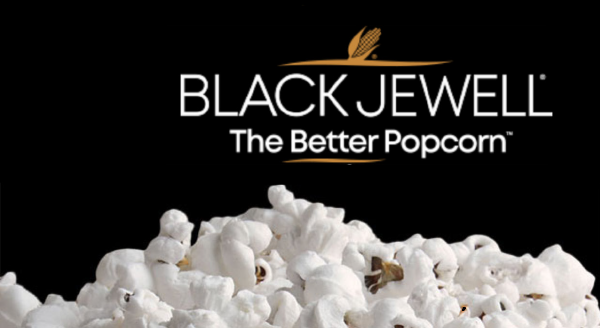 We were back on the road for the KeHE Holiday Show which was held on June 12-13 at the Minneapolis Convention Center. KeHE is one of the largest distributors of natural and specialty food items in the U.S. and they happen to be our largest distributor among the several we utilize to get our products to stores. Many of Black Jewell’s retailers across the U.S are serviced through KeHE, including chains such as Publix and Albertson’s-Safeway. In addition to the chains, KeHE also helps us get our products into numerous independent retailers.

About the KeHE Holiday Show

A distributor show is very different from an industry trade show like Sweets & Snacks or Expo West. A distributor show is very much a “selling” show. So booth set-ups are less about the “story of Black Jewell,” but are more about the brand and the products. Order taking at this show is very structured, with KeHE providing each vendor an iPad pre-loaded with items, pricing, and various options for entering promotions. Shows like this are a lot more work than typical trade shows as well. We even attended training sessions the day before the show to make sure we were fully versed in the use of the iPad and how we enter orders. It was important training as we were taking orders from existing customers, and doing our best to attract new retailers.

Black Jewell was in a standard 10×10 booth highlighting our brands and products. Because this was a selling show, we also set-up and showed some of our floor displays available to retailers. The photo below shows our booth set-up at the show. 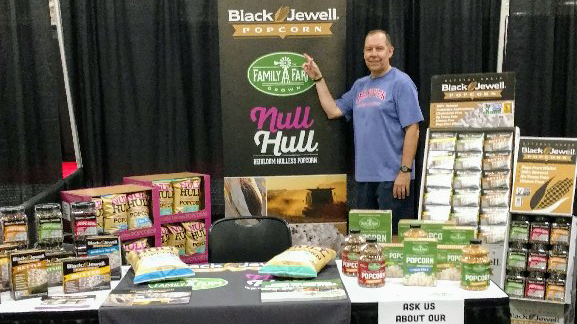 The KeHE Holiday Show is just like the other shows we attend in one way, however. Because once it opens the activity is constant, and we have the opportunity to talk to a lot of retailers, and present our brands to a lot of people in a very short period of time. We also sampled our new Null Hull ready-to-eat popcorn in both Sea Salt and White Cheddar flavors.

Another great part of the show was the unveiling of our new Family Farm Grown brand of popcorn items. Family Farm Grown is focused on the multi-generational family farmers who grow our popcorn, and makes letting consumers know where their food comes from a central focus. On the Family Farm Grown website you can read their stories, see where their farms are located, and view pictures from the planting season.

As KeHE is our first distributor to come on board, we thought it was a great time to unveil the new brand. We’ll be bringing the Family Farm Grown brand to KeHE in August when we participate in the New@KeHE program.  This will helps us market the introduction of new items to retailers with some aggressive promotions.

As we follow up on contacts made during the show, we have some encouraging prospects for our Family Farm Grown brand.  For example, one large retailer in Texas has expressed serious interest, and plans to bring the brand into their stores.  As for Black Jewell Popcorn, our sales at this show far exceeded our expectations, and were much higher than last year’s show!  So the growth of Black Jewell continues.

Our next show will take us to Amarillo, Texas in August for a 1-day show with a possible new distributor for Black Jewell Popcorn called Affiliated Foods.  This distributor has strong interest in making our popcorn available to their over 500 stores located in the Southwest. We’ll also be attending the Take Steps for Crohn’s and Colitis event this Sunday at Victory Field in Indianapolis, IN.

On May 23-25, Black Jewell Popcorn exhibited at the Sweets & Snacks Expo in Chicago. With over 800 vendors covering approximately 4 acres of exhibit space, Sweets & Snacks is a “must attend” event for the food industry. This year marked the 20th anniversary of the show and was attended by over 17,000 people. For Black Jewell Popcorn, after a successful debut in 2016, this marked our 2nd time exhibiting at the event.

What do attendees see at the show?  Well, Sweets & Snacks pretty much sums it up.  From the largest candy and chocolate companies like Hershey, M&M/Mars, and Wrigley, to jerky, snack bars, and, of course, popcorn. Actually, there were over 80 popcorn companies at the expo this year! Can you believe it? That means 1 in every 10 vendors at the show was showing and sampling some form of popcorn.

Black Jewell set-up shop in a 10×10 booth that highlighted all of our brands and items. Once the expo opened I had non-stop activity, and, because you never know when a large company buyer might come by, I was in the booth presenting the entire time. To most people, 3 solid days of being on your feet presenting your product repeatedly sounds awful. But, honestly, it was a lot of fun (though I did go to bed exhausted every night). I met tons of great people, spread our story, and got a chance to watch their reactions after tasting the difference of Black Jewell.

As usual, our most popular popcorn was our Original Black heirloom popcorn. Seems word of our unique popcorn that starts as a small black kernel and pops up pure white, with a crunchy texture, is getting out to more and more people. Plus, we were sampling our new Null Hull ready-to-eat popcorn in both Sea Salt and White Cheddar flavors. It was close but I think more people opted for the White Cheddar at this particular show. We were in very close proximity to some other popcorn companies handing out samples and it was always very satisfying to get a response from someone who happened to be trying our Null Hull along with someone else’s popcorn. Responses of “wow,” and “oh wow,” and “wow, just wow” are not uncommon. Of course, if you have eaten our popcorn, you know this already.

Some of you probably wonder how a company like Black Jewell could gain attention at a show this large, with so many large companies presenting, and such a large number of popcorn options. Well, here’s an interesting stat. The folks who run the show tell the exhibitors in advance how many attendees searched for their brand, and rank you overall and in your category. Black Jewell ranked 144th overall out of the over 800 companies in terms of attendee interest in the brand and we ranked 20th out of the over 80 popcorn brands in attendance!  So, yeah…I’d say we did pretty good.

After the show, we started conversations with some new national retailers who recognize the difference of our popcorn, and it’s something they believe their customers will be interested in. We also met with some of our existing retailers, who have been a huge help spreading the popularity of our products. In fact, just after the show one of our retailers placed an order with us that will represent our largest order of the year so far! So, the growth of Black Jewell continues.

Now we are getting ready for the Holiday Show with our largest distributor, KeHE.  We will be in Minneapolis on June 12-13, 2017 telling our story, and sampling our popcorn for buyers. 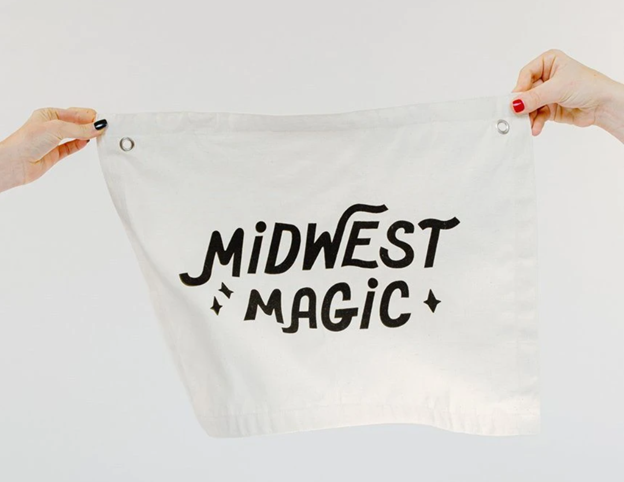 There’s something about the Midwest. The fresh air, the farmland, the work ethic. It’s magic!   Recently some of that Midwest Magical Pixie Dust flew Black Jewell’s way and we had the opportunity to pitch our products to the Walmart buying team through their Open Call initiative. Walmart is focused on increasing US Jobs and […]

No, we aren’t trying to start a new Popcorn-for-Breakfast trend, but we did offer a taste to the local Indianapolis WISHTV Weekend Daybreak anchor, Brenna Donnelly, bright and early on a Saturday morning. Thanks to our membership with Indiana Grown, an organization highlighting Indiana based farmers and foods, we had the opportunity to chat about […]